The Ministry of Political and Parliamentary Affairs, in partnership with the Arab World Center for Democratic Development and Human Rights and the German Hanns Seidel Foundation, held a workshop in Irbid under the title "The New Election Law" which was joined with participants from different governorates.

The trainers in the workshop Mr. Qusai Al-Zoubi from the Ministry of Political and Parliamentary Affairs, Head of the Youth Department, and lawyer Talal Alimat reviewed the amendments that occurred to the new elections law, and discussed the election law’s contribution to increasing the participation of youth and women in the decision-making process.

They added that there will be a gradual increase in parties’ seats in Parliament, starting from 30% in the next parliament (the twentieth), passing by 50%, and reaching 65% during the next ten years. 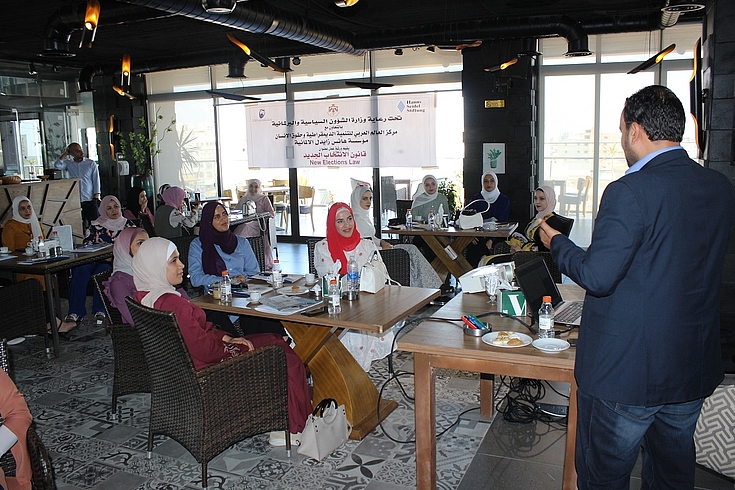 The law stated identifying the constituencies with two: local and general, for 138 seats, 97 of which are for local constituencies, distributed over 18 electoral districts, and 41 seats for the general list are allocated to parties and party alliances. The law gives each voter two votes, adopting the closed proportional system for party lists, and the open proportional system for local lists.

They said that the law specified a discount rate (threshold) that lists must obtain to compete for the seats allocated to each electoral district, which is 7% of the total voters in the local district, and 2.5% of the number of voters in the partisan general district. In the “local constituencies” for the discount rate, the threshold is reduced by half a percent each time until the seats allocated to the constituency are filled. 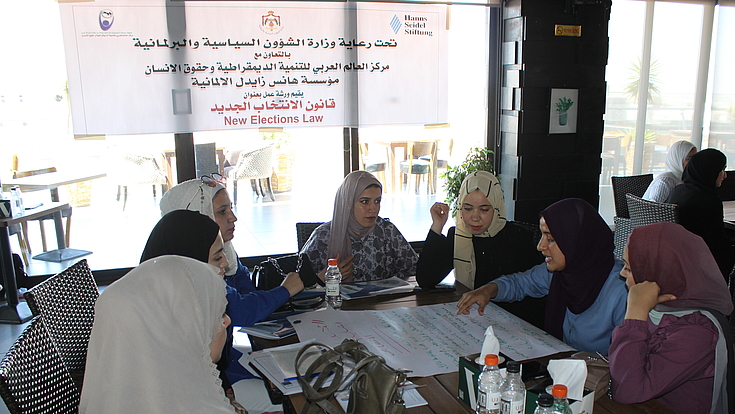 As for the local district seats, 18 seats are allocated for women, two seats for Circassians and Chechens in the districts of the capital and Zarqa, and 7 for Christians in the districts: the capital, Irbid, Zarqa, Balqa, and Karak. , Madaba and Ajloun, while in the partisan general district, at least one seat is allocated for Circassians and Chechens, and two seats for Christians.